After having found a shotgun and a bus, our heroes decided to quit the town center, full of zombies now. As stated in the rule, when you change area you have to roll for an encounter (Random Road Encounters, ATZ, p56.). Christophe rolled an ambush (by a gang of five)... Here is the set up: 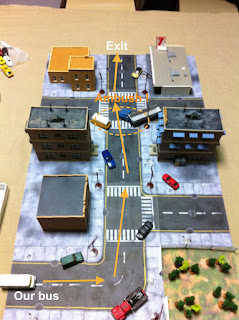 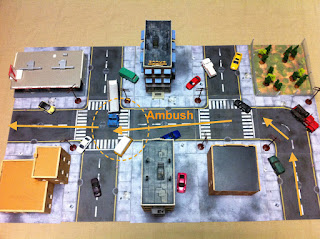 I decided to keep the characters (Jaqen, Isaac and Gloria) in the bus. 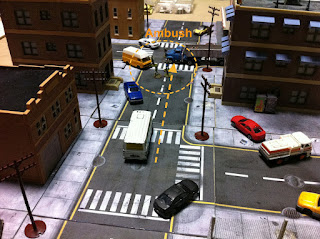 A lot of zombies were attracted by the noise. I count on them to ambush the ambushers! 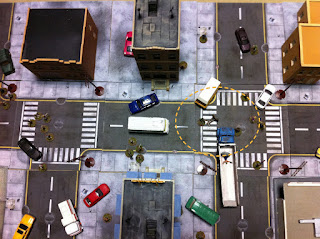 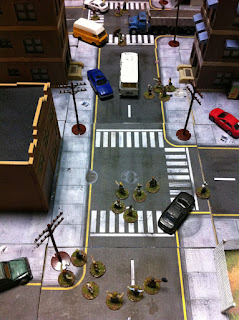 At first all went well: the ambushers were charged by zombies and killed. But I rolled four "6" for the next four activations (!!), so impossible to move (but not to fire with our shotguns when charged by zombies...). With so much noise, zombies were everywhere! 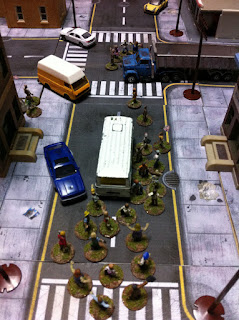 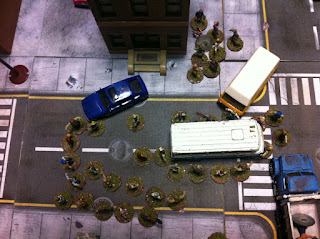 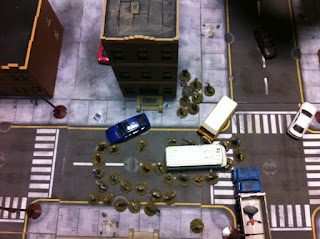 Fortunately we managed to flee (with a lot of successful Lose Control tests). 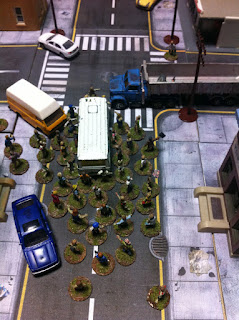 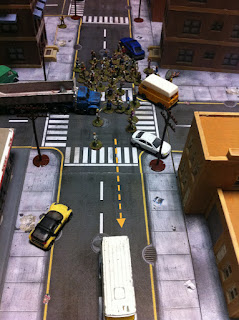 As usual with Christophe's campaign, you can read more on his blog (in french).