A shotgun and a bus (Two cops in Zombieland #3)

After saving Gloria (see Two cops in Zombieland #2), Isaac's wife, the four heroes (Isaac, Jaqen, Rick and Gloria) decided to look for weapons. What a better place to find them than the police station. So they took their police cruiser and headed toward the building. 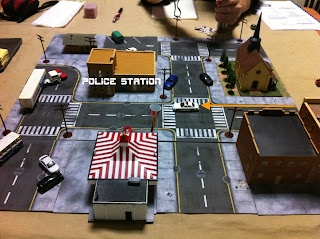 They decided to stop before the police station to make as little noise as possible. 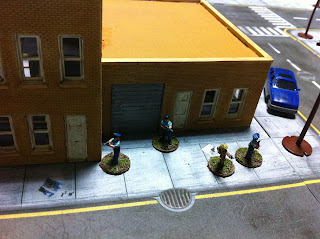 Rick and Jaqen entered the building, meanwhile Gloria and Isaac were keeping guard.

The police station wasn't empty and our heroes met old colleagues and... (after a few dice rolls) ... friends (neutral). 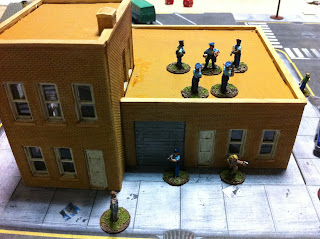 Rick and Jaqen managed to find only one shotgun...  Suddenly, a car (with a fleeing family onboard) crossed the area, attracting a lot of zombies (a very nasty random event). 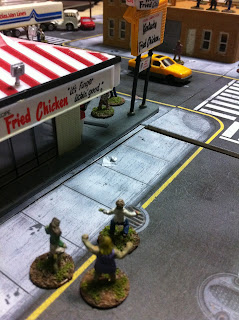 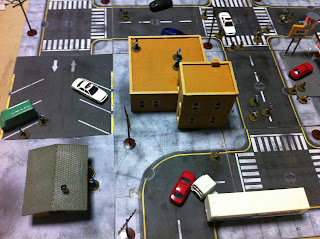 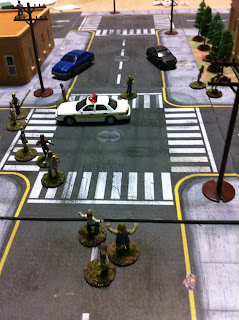 It's impossible to get to our car! Fortunately Rick managed to start a bus (a new home...) and we fled with a shotgun and a bus... 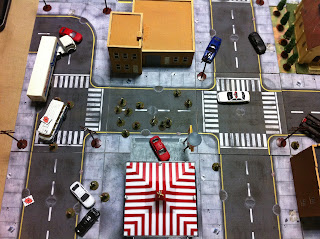 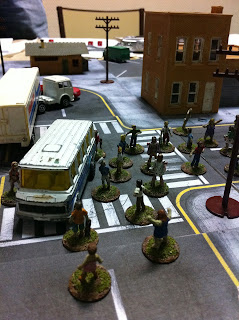 As usual for this campaign you can read a full battle report (in french and with tons of pictures) on Christophe's blog.