The consortium Omni Consumer Pleasure (OCP) with the help of the Unicorn Unlimited mercenary regiment tries to strangle the Resistance on Bright Horizon (see the Bright Horizon campaign on my 5150: Star Army page). Before being destroyed a reconnaissance drone has spotted a Resistance leader in the Kwert Phan district. A patrol of mercenaries is sent to capture the leader. 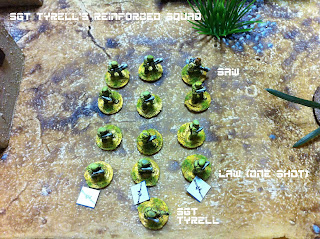 THE REBELS
Starting on turn one, Resistance groups appear according to the rules for reinforcements (p.59, Investment Level = 5) as if a «7» was rolled each turn. They appear at the spots numbered 1-6 on the map (roll 1d6).


THE RULES
We played this scenario with 5150: Star Army with my optional rules especially the In Sight Test modifiers and the Overwatch rule.

THE MAP
The place looks quiet but the rebels are aware of the possible raid by Unicorn mercenaries. So they are gathering some troops... 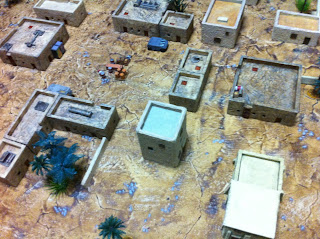 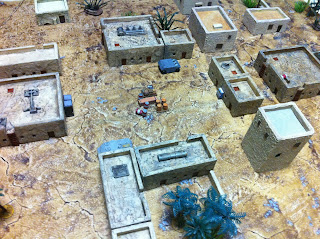 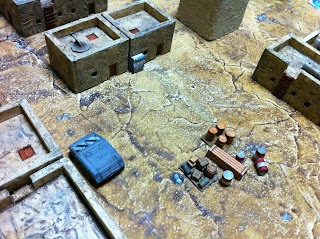 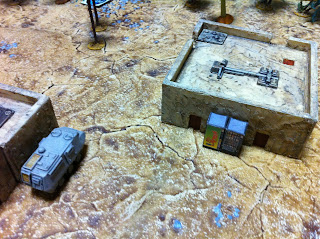 The mercenaries are progressing cautiously and the rebels are advancing too. 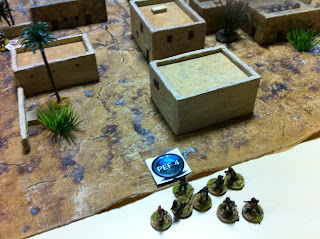 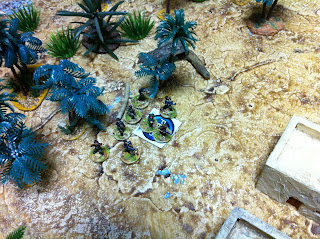 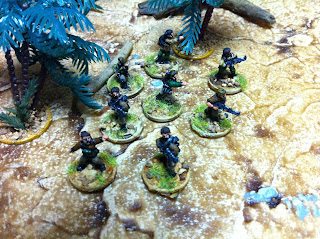 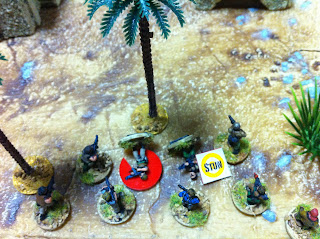 The mercenaries are taking position on high ground and around the market place. 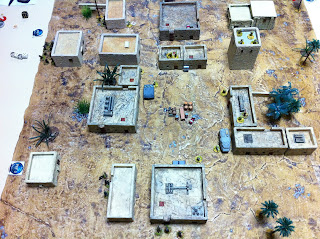 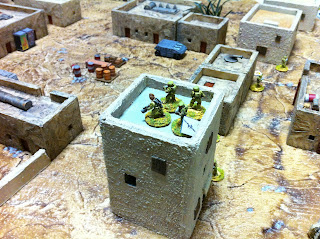 The target is found and arrested. 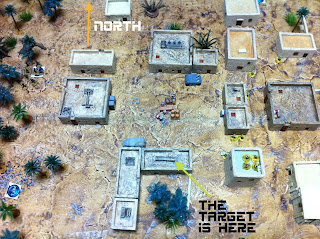 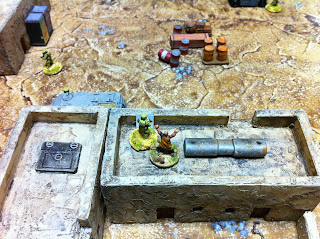 It's time to depart...
Easy at first but the rebels are trying to surround the mercenaries despite some losses. 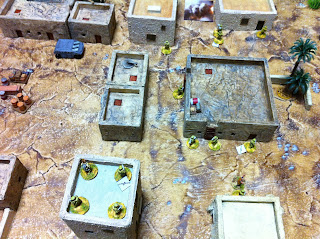 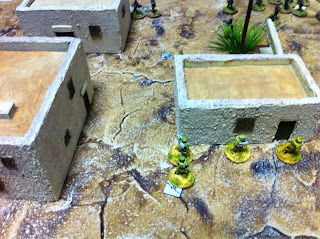 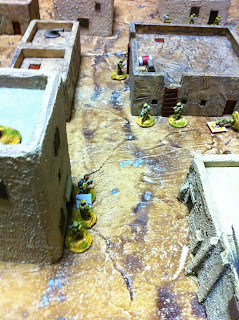 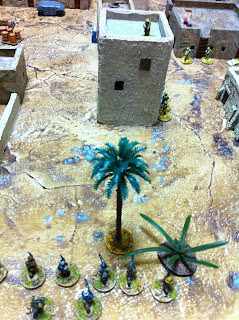 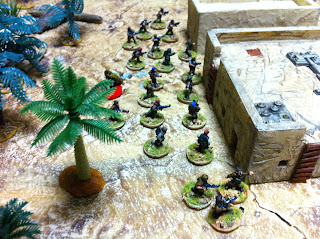 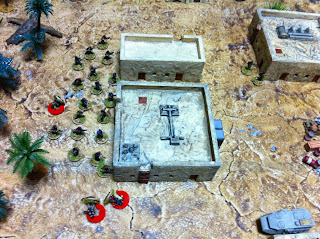 The mercenaries are hurrying behind smoke screens. 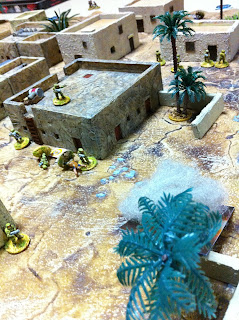 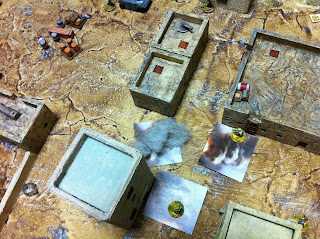 The rebels are more and more numerous and are pressing forward. 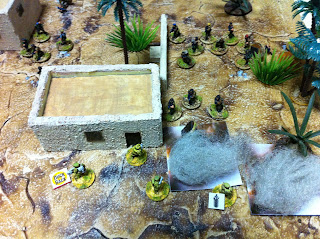 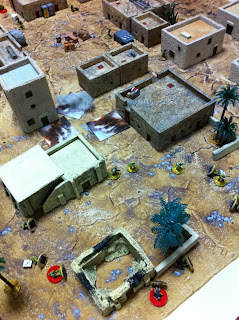 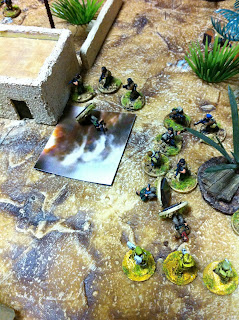 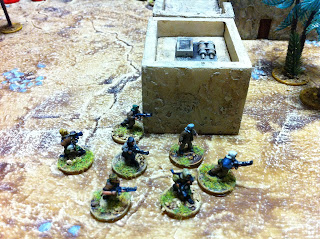 Only six mercenaries (out of 13, and with one OOF) managed to escape (with the target). 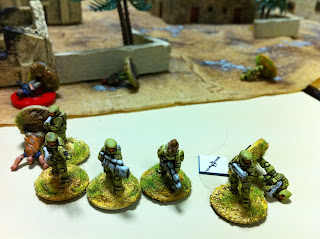 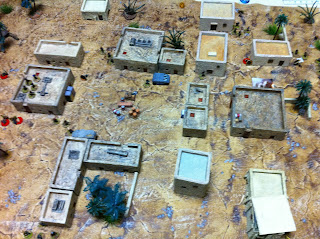 AFTER THE BATTLE
The rebels have lost their leader, ten OOF and seven OD.
The mercenaries left on the battlefield two dead and five OOF (prisoners). It's not good for the mercenaries' morale...

A very fun battle, easy at first for the mercenaries but with increasing difficulties... A "real" asymmetric engagement. My new In Sight Test modifiers were very useful to simulate rebels creeping behind walls and firing opportunity shots.

Maybe the rebels will try to exchange prisoners...