SNIPER Team
A sniper team consists of a shooter and a spotter. The shooter has a laser rifle. A sniper team has the following benefits if it was set up (Set Up, p.21): 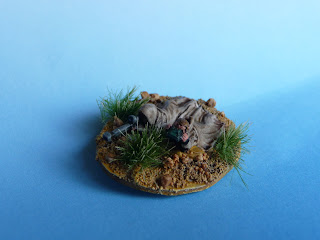 - for each to hit fire, roll two dices and take the best ;
- do the same when rolling for impact ;
- increase range of the rifle to 60'' (scope) ;
- when deployed, the team is hidden until firing ;
- when spotted, the team can set up again (and earns the benefits above).

HMG Team / SAW Team
An HMG team consists of a shooter, a spotter, and a loader. Use of a spotter allows for the Target Rating to be increased by 2 (for a total of 6).

If a SAW is set up (with a loader) the Target Rating is increased by 1 (for a total of 5).

GAUSS Team
A Gauss team consists of a shooter and a spotter. Use of a spotter allows to roll 3d6 taking the two best dices when firing against vehicle and 2d6 taking the best against infantry. 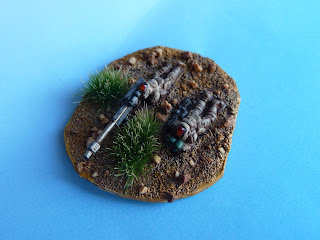 ROCKET LAUNCHER / AA LAUNCHER
The launcher needs to have been set up to fire;
If there is no loader the rocket launcher has to be set up before each fire. 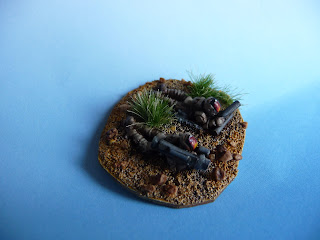 SMOKE GRENADE
Can be thrown like a grenade with a 3’’ area.
Block LOS (even infra-red)
Last two turns.

OVERWATCH
A squad in overwatch forfeits his move. Add 1d6 to the In Sight Test. Take the two best dices.

Hidden
Nobody can fire at these troops until getting within 12’’ and in LOS of them or until they fire or move. 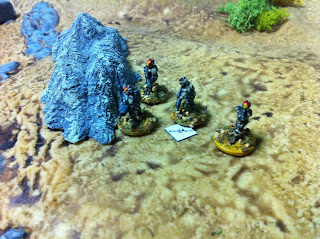 Modify the REP of the testing group:

All modifiers are cumulative.