Since I rolled (p.105) an other voluntary encounter Sean, with Kirosh's informations (Encounter #1), gathers his unit and sets up a raid against the Junkers, the gang suspected to have committed a lot of bloody murders. 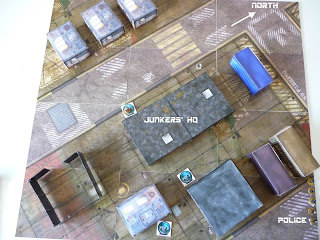 JUNKERS GANG (pre-generated PEF p.116)
Two PEF in the HQ and one, as a lookout, in front of the building.
There are 6 people in the gang plus the boss, a metal maniac named Kyl VARGO.

DEPLOYMENT: The Police arrive by foot.
Three PEF in the HQ and one in front of the door as a lookout.
Two PEF in the area.

Map of the HQ 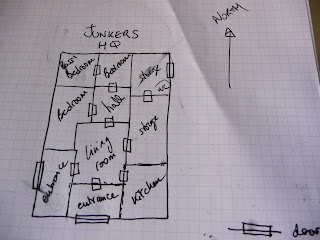 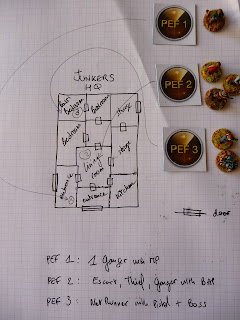 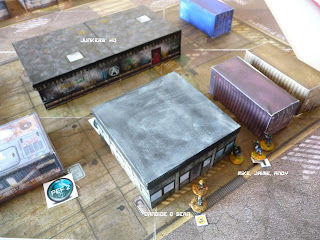 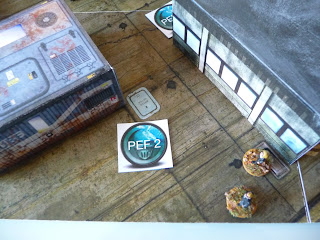 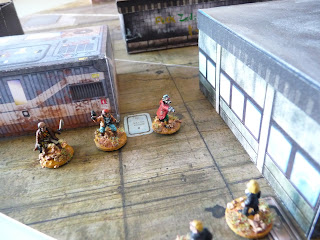 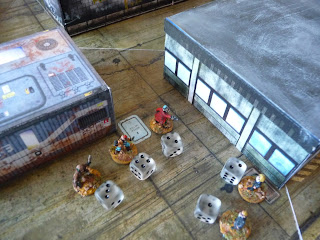 G#1 fires at Candice and hits gun arm. She’s KD. Candice fires simultaneously and hits him in the chest for an out of the fight (OOF) result. I roll for her in the Recover from Knock Down Table and pass 0d6 ! She’s bleeding to death!

G#2 & G#3 fail the Man Down Check. They take the cohesion test, fail and have to Retire. 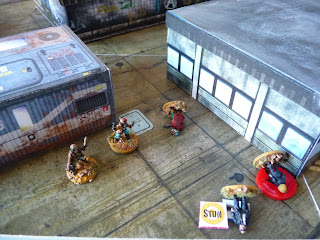 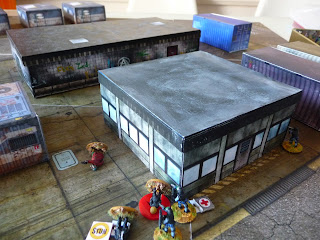 I send all the officers to help Sean.
We call for back up.

Andy moves in the back of the ganger but can’t fire: he has to ask her to surrender (Grunt Arrest Reaction Table, p.88). She turns and fires…

All fire simultaneously.
She misses with her MP.
Andy scores 3 hits with his shotgun (chest, gut, gun arm): OOF. 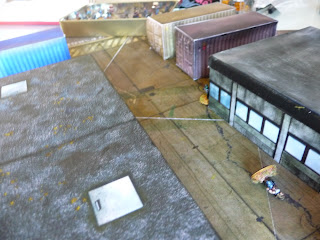 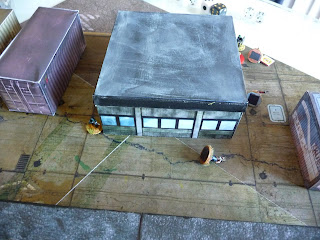 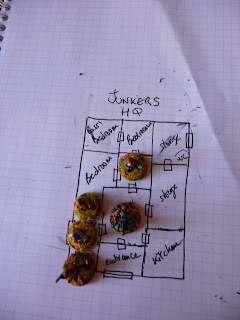 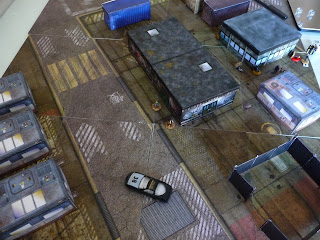 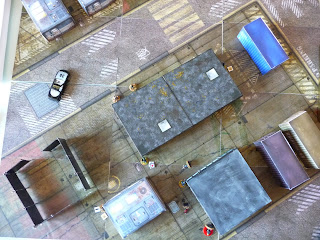 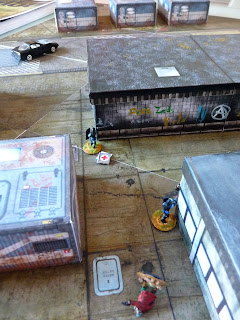 Joe fires at the driver. One hit in the chest (impact-1 due to tactical Armor): KD
I roll for him in the Recover from Knock Down Table with 3d6 because the body part hit is armored: OOF!

Jack fires at the passenger. One hit in the chest (impact-1 due to tactical Armor): KD
I roll also for him in the Recover from Knock Down Table with 3d6 because the body part hit is armored: stun.

We try to suround the building.
Sean runs, his gun blazing at Joe (who doesn’t look in his direction) and… misses (despite his loops). Joe passes his Received Fire Test and returns fire. He hits Sean in the gut  (armored) for a KD result : stun.

As Vargo moves 12’’ he can move two rooms each round and goes to the living room.

T6 (P4/G1)
Officer Vincent takes shelter behind the car to cover the main entrance.
All the doors are covered : « come out hands up; you are surrounded ».

Vargo moves to the northern storage area if the HQ. 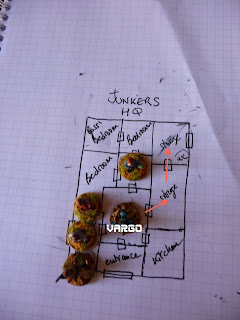 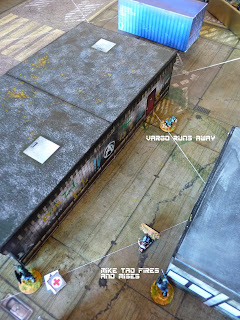 AFTERMATH
Since the objective of the encounter was a Raid it’s an overall success despite our losses.

The wounded officer (Lee) is out of action for one month.
Candice Feist is Dead. RIP.

Minor Failure. He will try again next month.

He can still call temporary reinforcements but they will not stay (so no Raising skills or REP).