Things are getting ugly (Two cops in Zombieland #2)

The next installment of our ATZ campaign was played a few time ago. We were four (Christophe who is managing the campaign, Antoine, Eric and me). I played Jaqen Gilgenprantz (REP4), Antoine, Isaac Clifford (REP4) and Eric, a new recruit, Rick Planters (REP4, Born Leader). Previously we tried to protect a quarantined area.

This time, in the first scenario of the night, we had to disperse a rioting mob (Riot, Haven p. 11). 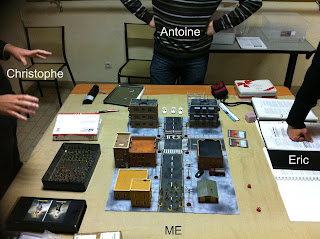 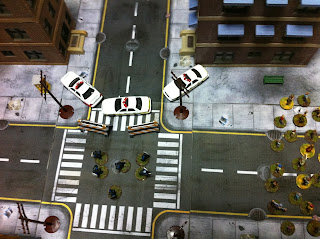 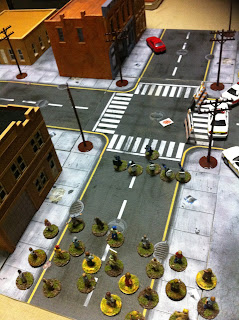 With tear gas followed by a charge it was a piece of cake: 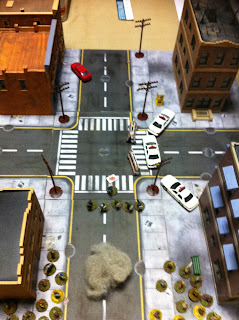 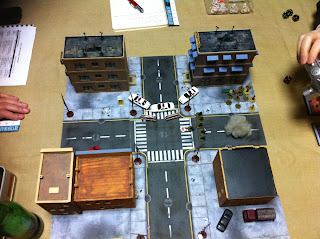 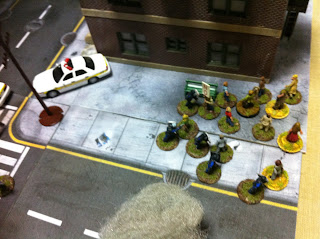 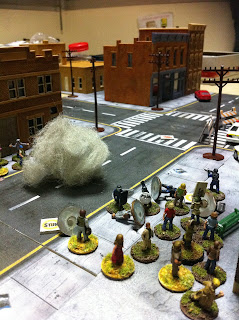 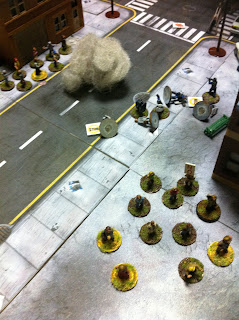 The complete after action report with many more pictures is on Christophe's blog.
This scenario is very chaotic (we loved that) and handling the mob isn't always as easy, but we were lucky except Jaqen who was wounded.

The second scenario of the night was situated at Outbreak+11. Now riots are breaking all around the town and The National Guard was called. As Police is no longer able to perform its duty, our three heroes decided to go by themselves. Their first mission was to seek Isaac's wife, Gloria. 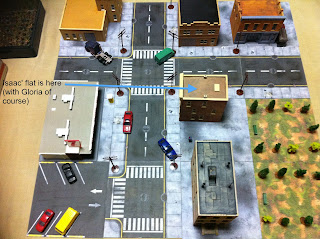 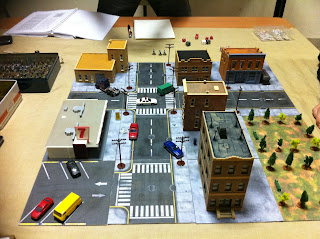 Driving to Isaac's building is noisy, so Z are coming... 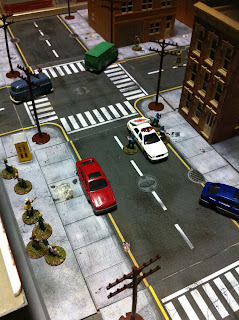 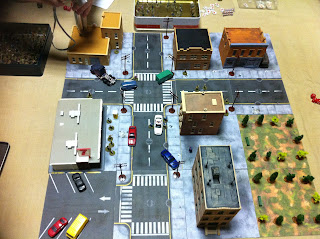 Since this scenario was improvised, Christophe used the random events table from the Protection scenario (Haven, p.17). Thugs in a van crossed our path and fired at us (without effect). The gunfight attracted more Z. But we managed to catch Gloria and flee. 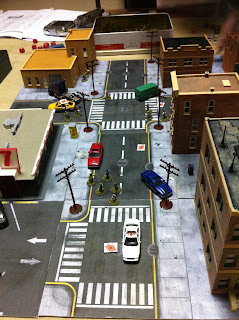 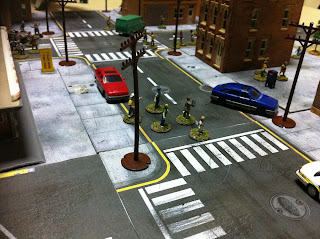 The complete after action report of this second scenario with many more pictures is on Christophe's blog.

Our team has a few weapons, a police cruiser (with 3 units of Fuel), one unit of Food and nothing more...

Here is the team: 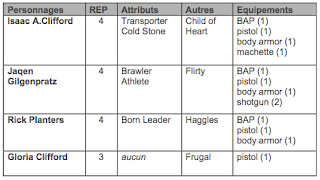 The buildings are from DPM, the roads from WorldWork Games and the minis by Rebel Minis.