We started an ATZ campaign featuring cops (Haven supplement, p. 5). Our two heroes are Jaqen Gilgenkrantz (REP4 - Brawler, Athlete, Flirty) and Isaac A. Clifford (REP4 - Stone Cold, Transporter, Child of Heart). These two cops are presented (in french) on Christophe's blog (since it's his campaign): here.

# In the first one, Isaac and Jaqen met their first zombies after having been called for an ambulance accident. 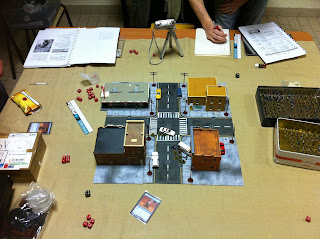 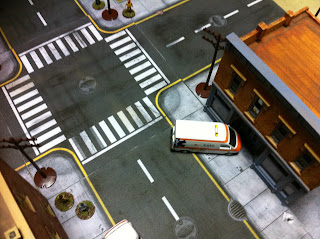 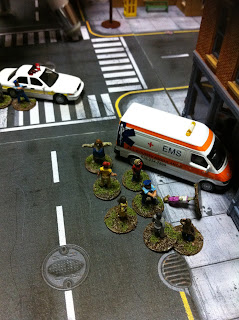 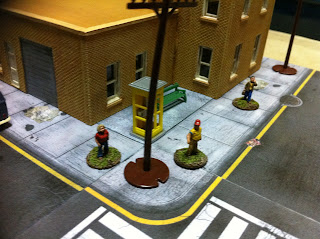 The complete battle report (in french) is on Christophe's blog: here.

# The second scenario we played is from the Haven supplement: Quarantine.
"You and your fellow police officer are assigned to patrol the edge of an area that has been quarantined by County Health officials"(p.7).

We managed to guard the area but Jaqen fled like a coward... (in a few days all this will be forgotten). 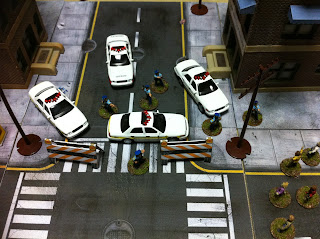 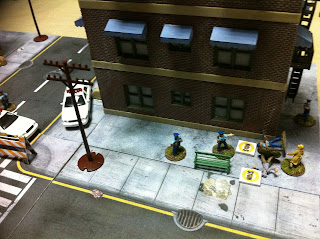 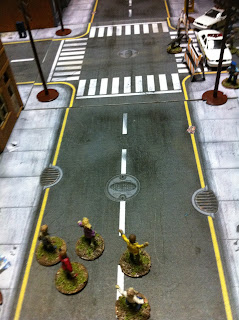 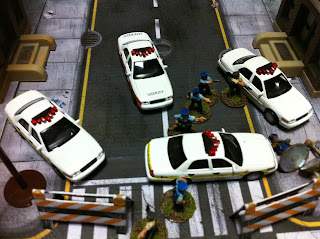 The complete battle report (in french) is on Christophe's blog: here.

It's our third ATZ campaign. You can have a look to the previous ones:
Haitian Tales (an haitian gang meets zombies)
Josh Randall (a bounty hunter becomes hunted)