Starting of the campaign in the Annürien Marches...


YEAR 382, Spring, Border Kingdoms (Drenlock Duchy / province "D")
Mirholme's roll is a Go to War result (RRtK, p.58). The only province reachable is the "D" (the other sea provinces aren't available since the armies aren't painted!). 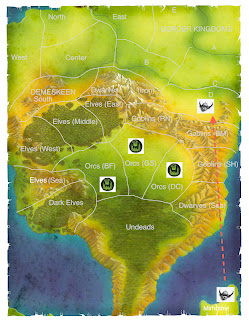 The life was peaceful in the Drenlock duchy... until the Ironmen of Mirholme decided that their frozen isles weren't enough. They landed by surprise under the command of Jarl Gunnar Olafssen. Duke Bohemond (WR=3) mustered quickly some troops to repulse the looters...

Duke Bohemond  settled in a strong position on the southern hill, waiting for the Ironmen coming from the north.


Duke Bohemond sent his skirmishers to attract the enemy and break his line.
Under the Ironmen's pressure the first line of Borderers collapsed, followed by the retinue infantry on the right flank!
The Borderers are quickly surrounded. Duke Bohemond tried several times to charge Gunnar Olafssen but was repulsed each time and killed! 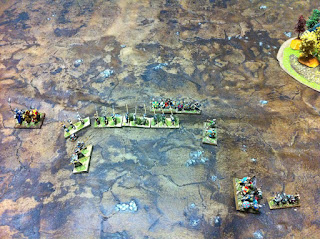 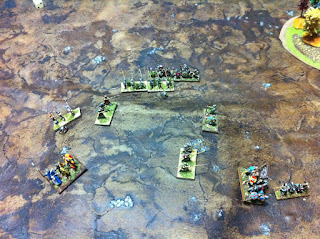 The next post will be about the orc civil war...