The Amulet of Sorbrowane Campaign (Prologue #1 & #2)


Here is the beginning of our new Warrior Heroes: Armies & Adventures Campaign :

"Legend has it that long ago Sorbrowane, one of the Old Ones, crafted three artifacts, that when used together would, summon the Creators back to Talomir. They were an Amulet, a Brazier, and a War Horn.
After the three were completed they were taken from the forests of what is now Altengard to Crag Drum, the highest spot known at that time. But before they could be assembled together the Old Ones were ambushed by descendants of the present day Orcs. Sorbrowane was killed and the Artifacts lost" (Rally Round the King p. 62).

For many years the Wolfen (the Old Ones' sacred warriors) have been the Amulet's secret keepers, but things are changing...

PROLOGUE #1 *******
Yarl, a Great Fang, has discovered that the Shaitann Clan wants to steal the Amulet. Yarl is trying to warn the vestasl of the temple where the amulet is kept .
Two Fangs are 12'' behind him and two are coming from the front edge from which Yarl is trying to escape (each double on activation dices a new Fang enters on the same table edge). 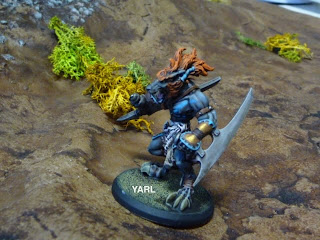 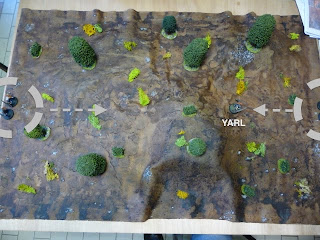 While the fangs that pursue him are reluctant to charge (NPC Action Tables, WHAA p.48), Yarl is quickly into position to attack the two fangs in front of him. The battle is brief and bloody. 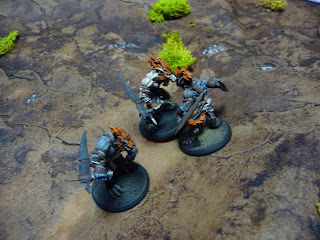 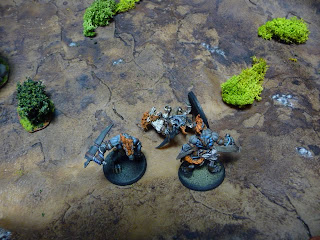 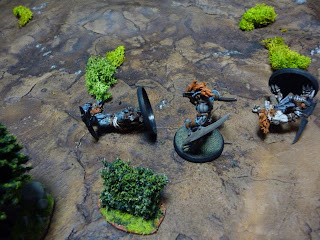 Even if reinforcements arrive (two doubles are rolled), Yarl deals with them easily (one routs, the other is OOF) and escapes to warn the vestals. 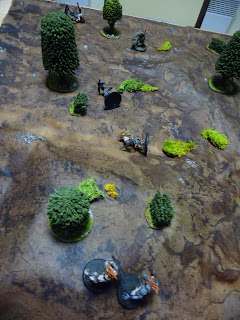 The traitorous Wolfens are advancing toward the temple. 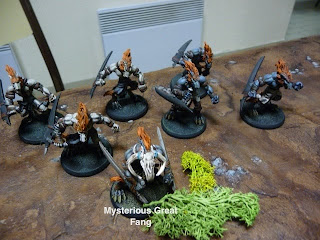 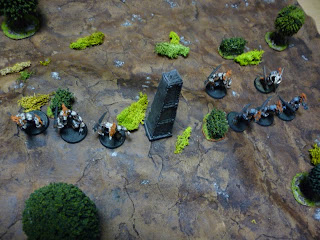 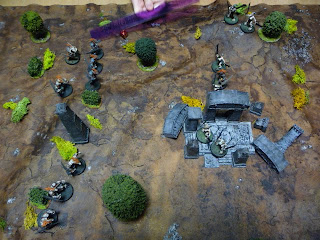 But Yarl and the vestals are ready. 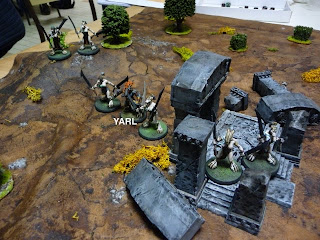 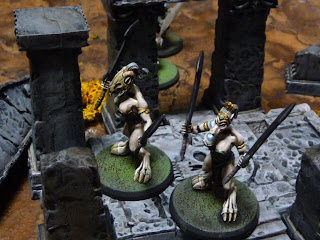 A small group of traitors are trying to bypass the line of the vestals. They charge those in the temple. One flees. The other tries to outmaneuver the traitors. 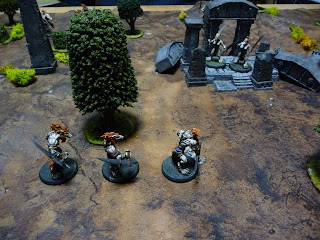 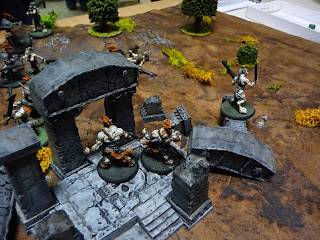 The fighting are fierce. Several times traitors are saved by their superior hardiness. In the end only one traitor is OOF. Yarl manages to flee. 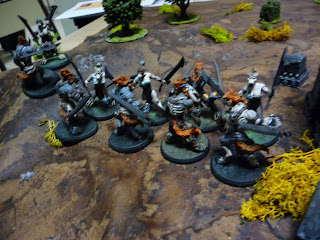 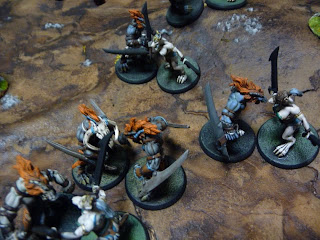 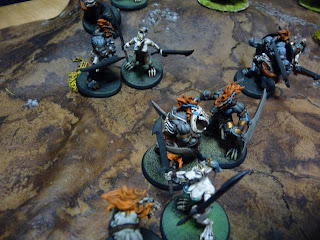 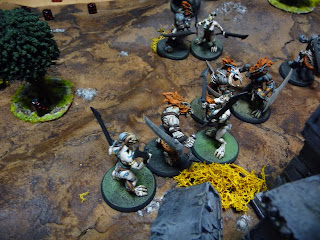 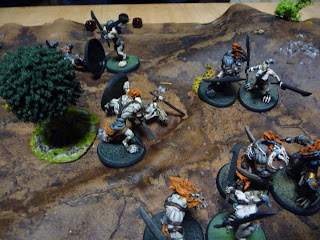 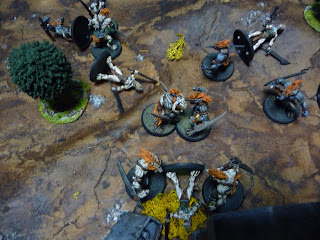 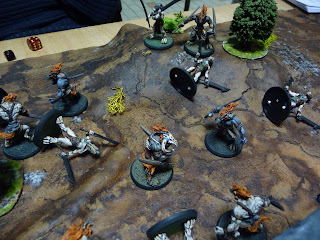 For the first time since centuries the Amulet is no more secure...