For my first (of many I hope) campaign with Warrior Heroes Legend I decided to play with the help of a roleplaying game module: Conquest of Bloodsworn Vale. 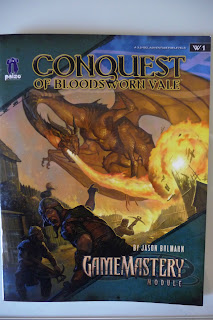 Inquisitor Drakenfeld has been ordered to help Sir Torlgrith to reopen an old commercial road in the northeastern province of Altengard (the Bloodsworn Vale). 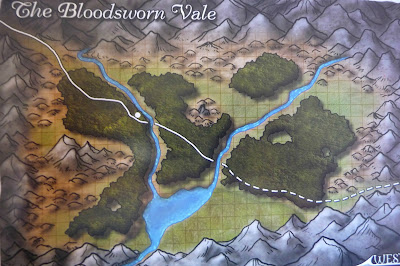 Attacks against workers occurred about five miles from Fort Thorn (established in the heart of the valley ; it's the white spot on the map). Scouts reported that the men working on the bridge crossing the Petal River has been slain. Sir Torlgrith asks Drakenfeld to investigate...

So Drakenfeld and his men follow the road to the bridge...

The game was played with WHL in about one hour. The PEF were predeterminated (only one type of opponents: dryads). It was a slaughterhouse: more than 15 dryads have been killed or wounded. The first mission of Drakenfeld is a success. 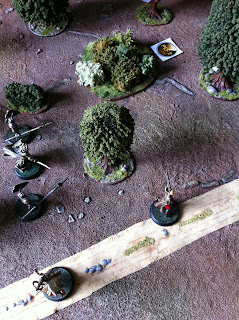 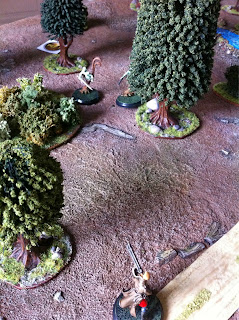 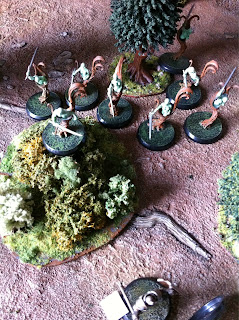 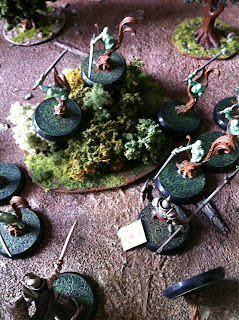 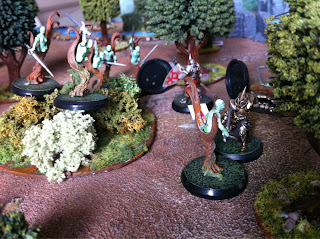 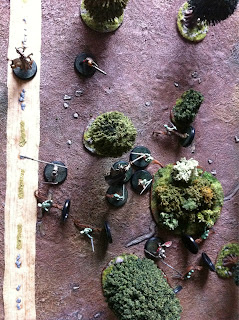 The game is quick, fun and full of possibilities.

Drakenfeld and his men are now following a wounded dryad to her lair...