The Amulet of Sorbrowane Campaign: THE END!

After the bloodbath in the Temple of Azazael, Misan and Venna tried to find help. Fortunately a Brethren picket crossed their road (4 Praetorians and a brother sergeant, 6 heavy spearmen, 4 fusiliers).

They went back to the Temple of Azazael (now empty) and through the Mirror to the Amulet in Dark Elf (Dirz) territory. They are the true robbers of the Amulet, traitor Wolfens were plainly their agents. 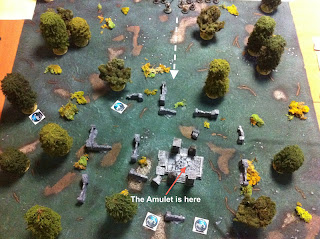 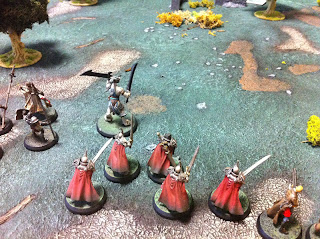 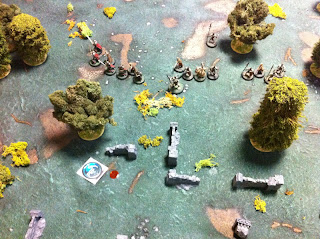 After revealing a PEF, Venna charges... 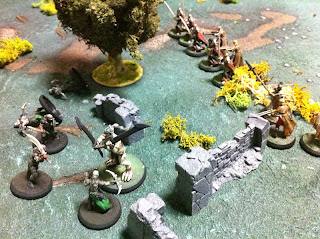 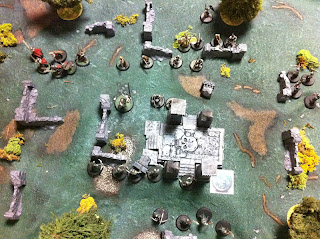 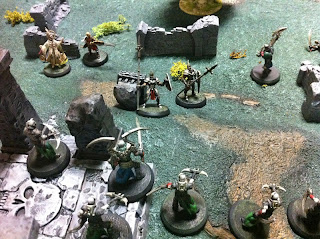 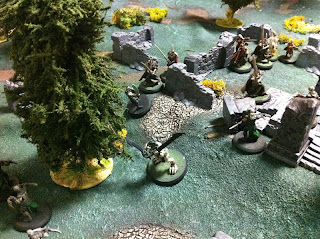 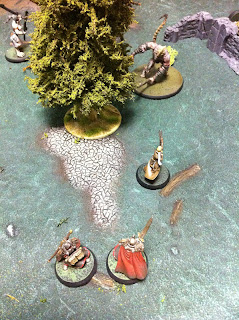 Venna, who was the only survivor of the Amulet's theft, sacrifices herself to buy time for the Brethren. 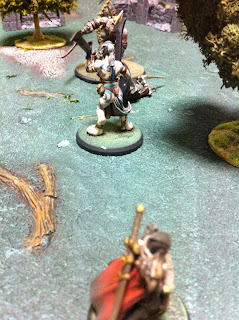 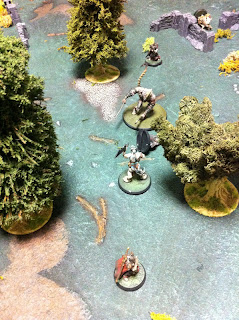 Venna is killed but the two last Brethrens managed to flee. The Amulet is safe. The Forces of Light have prevailed!!!!!!!!

As usual, the miniatures are from Rackham. It's the end of a campaign started in April 2011.
At last.
:-)