After uniting the orc tribes, Grishak launched, in spring 383, an attack against an old enemy: the dwarves of the Sea Mountains. 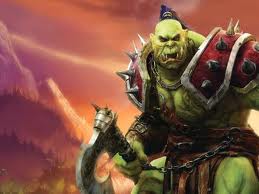 The orc army is very strong and supported by two powerful magic users (including Zorren, seen previously) and Grishak can count on the Scepter of the Dead Wizard (Pipes of the Dead, RRtK, p.62).

The dwarves have mustered their professional soldiers (Hirrdwarves), some crossbowmen, a few militia (bondi) and two units of the mighty Anvil Guards. Even Bear Riders have answered the call to arms. 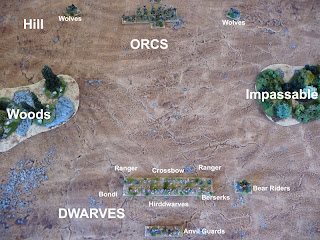 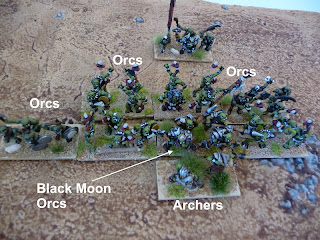 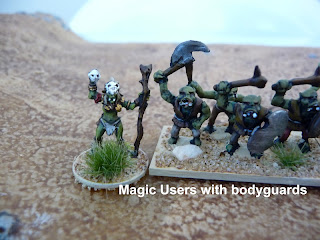 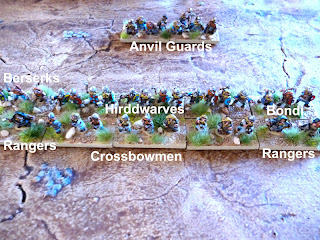 THE BATTLE
Since Grishak is very devious, he decided not to move his troops and started invocating undead. 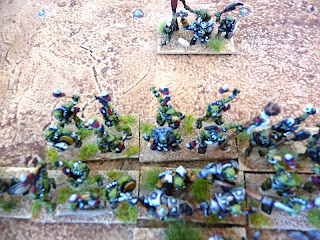 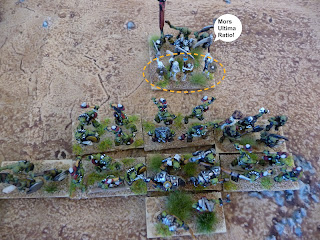 So the dwarves need to quickly engage the fight. The infantry advances in the center with Bear Riders on the right flank. 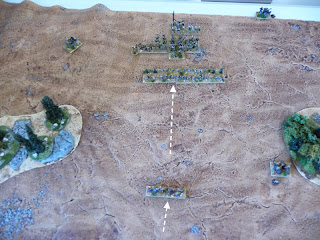 The bear riders on the right flank charge but are repulsed. 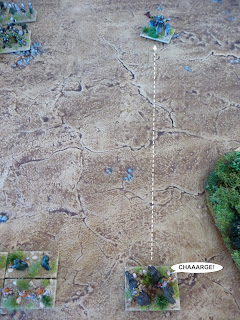 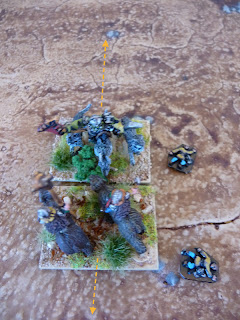 The crossbowmen get closer and exchange fire with orc archers. 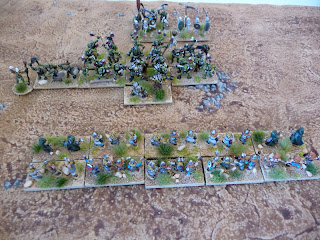 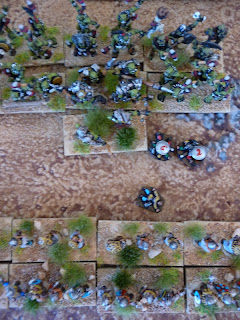 Then the orcs charge (even the magic users bodyguards!)... 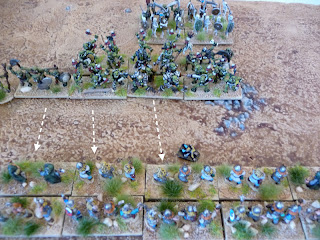 The rangers and crossbowmen resist... 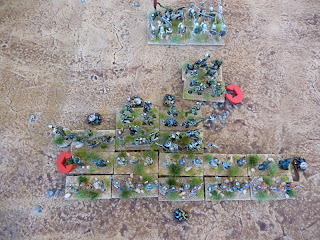 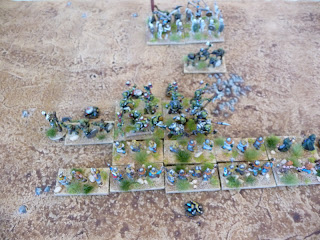 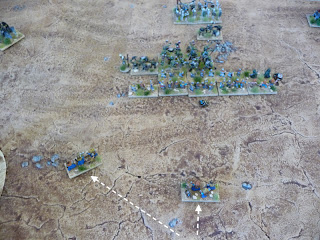 In the center the fight is bloody... 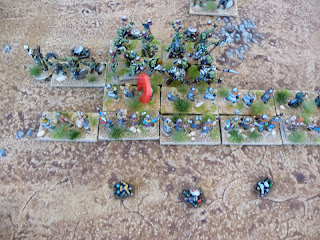 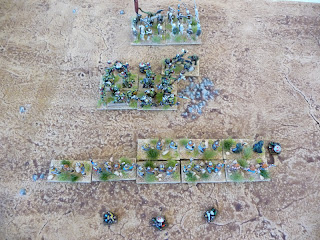 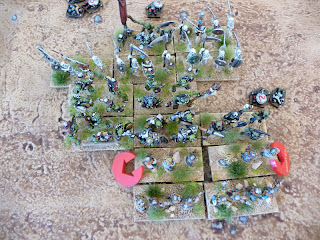 The crossbowmen are wiped out, but the orcs lost the magic users (who were not vey useful)! 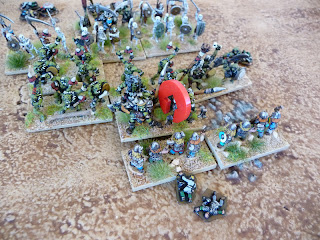 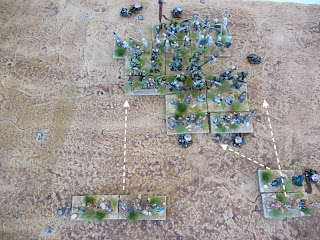 Dwarf flanks are secure, the two units of wolf riders have been destroyed. 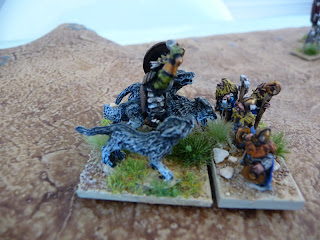 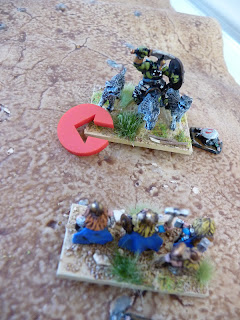 In the center the dwarves stand their ground and, little by little, destroy the orcs. 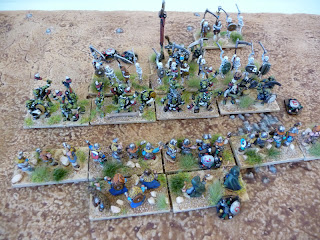 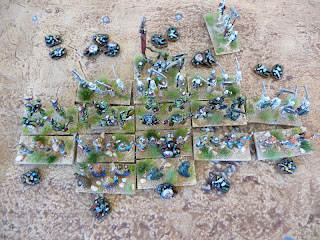 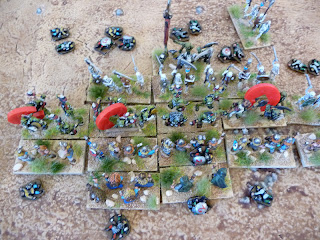 The orc flanks are threatened. 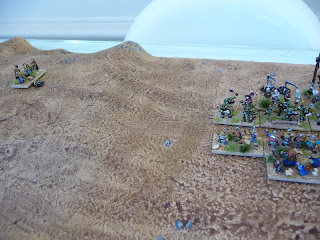 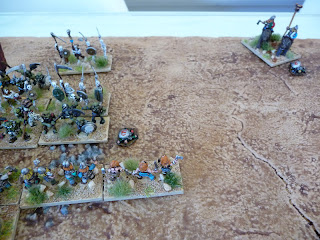 So Grishak decides to retreat...
During the pursuit the orcs lost two units. Grishak is weakened especially since he has lost his magic users. The Sea Mountain mines are safe (but for how much time ?).

Note: why the magic users were so ineffective ?
The NPC magic rules work very well but I rolled two times Boxcars on the NPC Spell Cast table (p.48) and two other spells were ineffective. Then the casters bodyguards charged (frenzy unit under arrow fire)!!!!