After fierce fighting, the KRA'VAK were down to an unexplored area of the planet. They are, curiously, trying to drill mines. They actually seek to discover ancient artifacts: the Titans (Golgoth in Kra'Vak language). It's the last assault. The HELLJUMPERS have mustered their walkers.

The KRA'VAK have two squads of line troopers (Hishen QRS) and one squad of Garn (Grath QRS). They are supported by two Titans, one of them is offline for 1d3+1 turns. 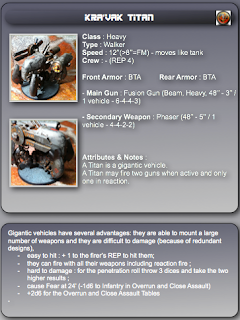 I plan to make available for download all the troop cards (Helljumpers & Kra'Vak).


The Helljumpers can call a Bombing Run (Taken versus Leader's REP in LOS):

Since the Helljumpers are fighting Gigantic opponents I made changes in the Penetration Table in order to take into account the size of the vehicle. You can download the new Table on my 5150:SA page.

THE BATTLE
We fought the battle on a 180x120cm table with 12 sections. 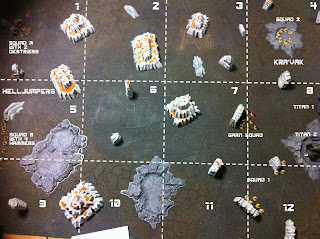 I have confidence in the power of my titans. So I don't wait for the second to be ready and I move Titan 1 forward. 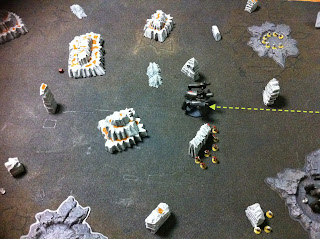 A bad idea, because he was hit by a Destrier's lucky shot.

Helljumpers are advancing and the second Titan is quickly fully functionnal.

Titan 2' s weapons are now in range. A Destrier is obliterated. 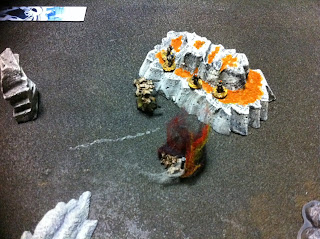 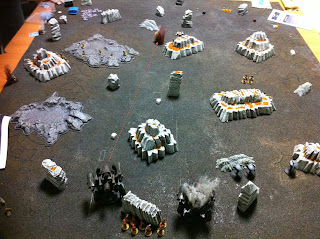 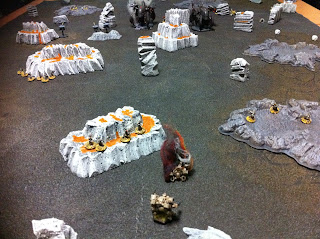 But the high mobility of the Helljumpers' walkers allows them to attack on the side. 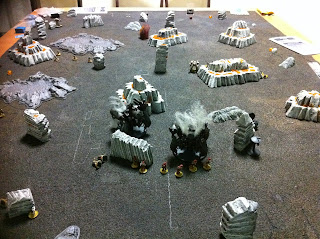 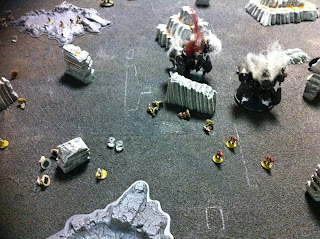 AFTER THE BATTLE
The Helljumpers act as a free company but are in fact a cover regiment for Star Army Black Ops. So, after the battle, Star Army heavy freighters landed to recover all the hidden weapons.