The Alien Studies Institute (ASI) located in Gaea Prime used to think that the KRA'VAK were a clone race like the Hishen (5150:SA, p.75). Recent studies showed that they are saurians.
Because of their very advanced weapons and starships the Kra'Vak seem to have been a very powerful civilization. Their planet is still unknown. The powerful GARN are their allies.
They launches frequent pirate raids on an uncontrolled area of space (the Fourth Ring). 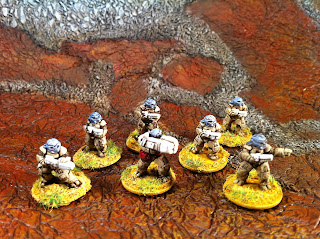 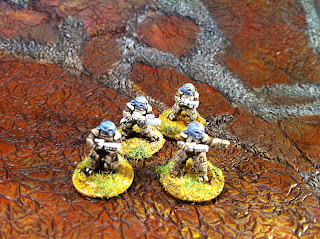 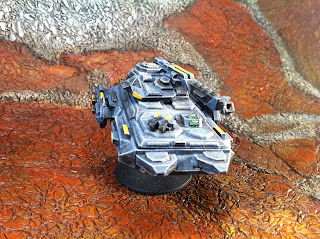 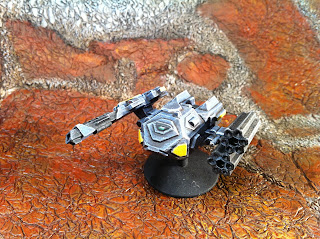 All the minis are from Ground Zero Games except the Garn, from Khurasan Miniatures.