A raid is set to liberate a rebel spy captured by Imperial Intel. The spy is transferred to a Prison Spaceship. During the transfer the Rebels attack! Fortunately for the Imperials Darth Vader is escorting Moff Jerjerrod's VT-49 Decimator...

I've played the rebels and the boys the imperials. 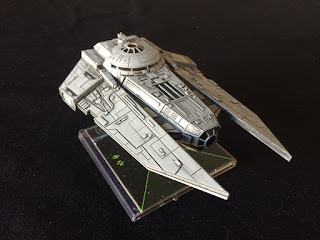 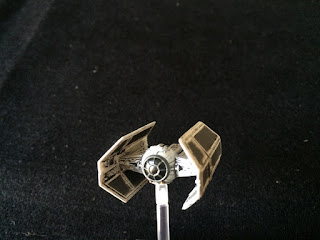 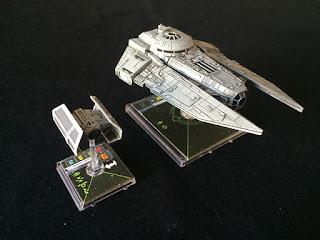 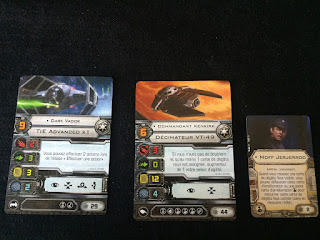 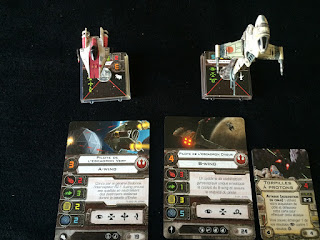 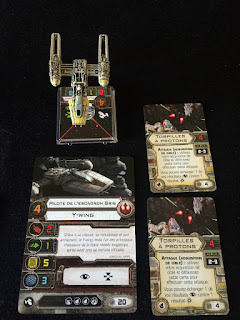 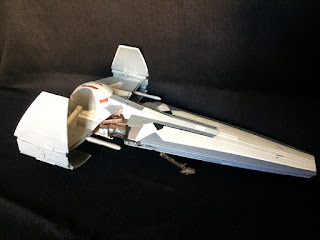 The Rebels are chasing the VT-49 Decimator. 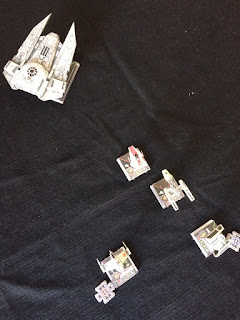 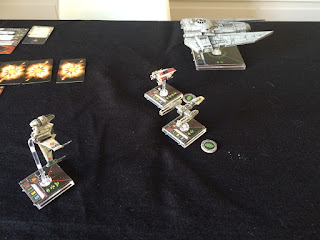 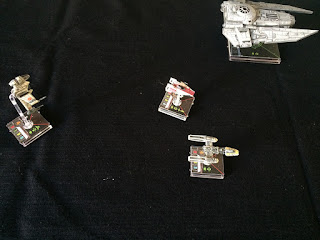 The Y-Wing is shot down 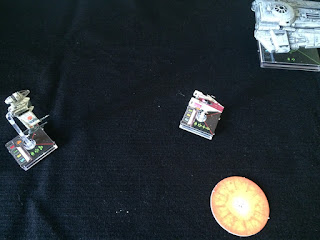 With no shield and only 2 hit points the Decimator manages to reach the Prison Ship. 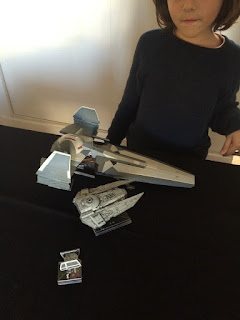 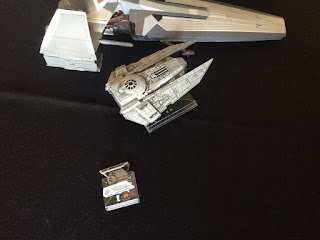