After setting a new camp, Tounga's clan has to look for food. It's the second adventure of my Flint and Fur Campaign played with the Adventures in the Lost Lands rules.


The Encounter Rating is still 3 ; I play a Gathering scenario (AitLL, p.50) as the second scenario of the month. I generated the board by the rule (p.40).

Three PEF are on the board (one per ER point). PEF Resolution is with the Lost World chart (p.44).

Tounga and his clan are arriving by the south edge. Tounga and Rahan are carrying their weapon, not the others (if carrying a weapon you cannot gather or carry any food). 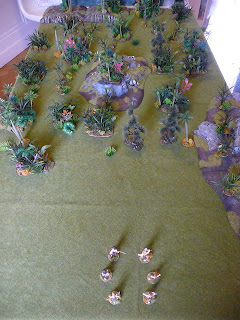 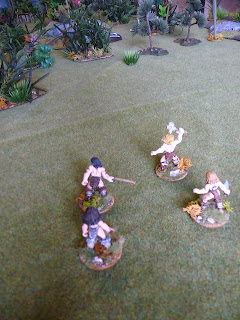 Rahan and Tounga are closing to the PEF. 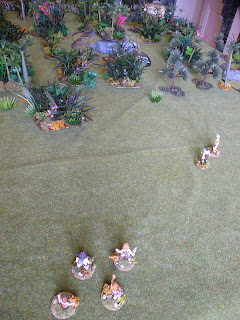 The PEF is revealed. It's four cavemen (2 hunters and 2 female villagers). 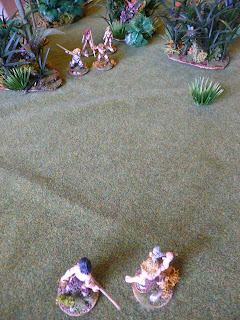 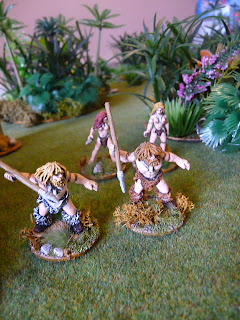 It's time to Meet and Greet (p.55). It's a success. They join the clan. They are fleeing the Enemy too. 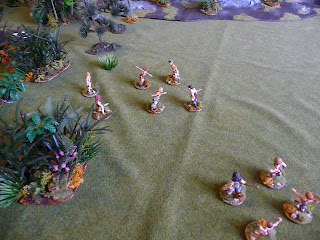 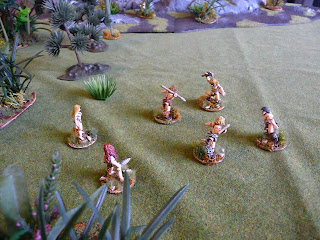 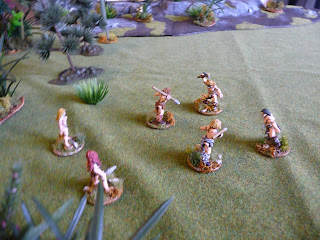 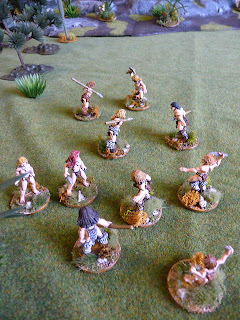 After that the four men start to explore the board while the women and children gather food. 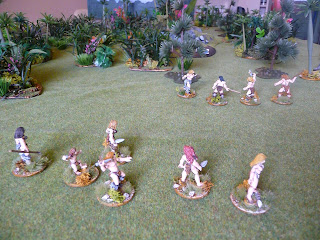 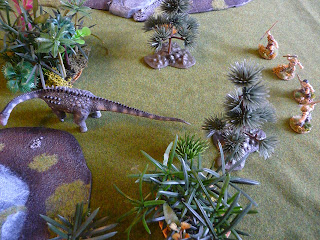 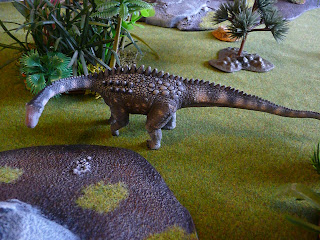 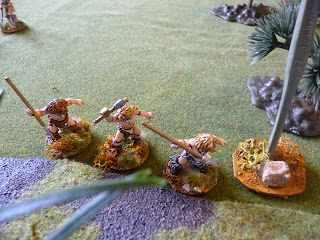 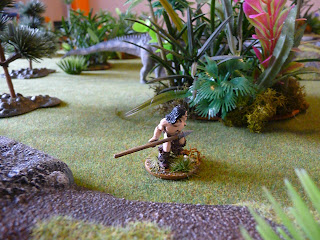 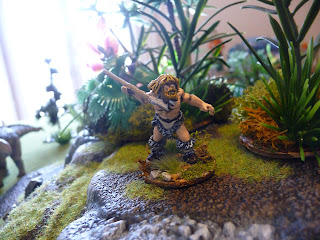 20 food units are found. The mission is a success. I roll for improving characters' REP (AitLL, p.56).