A few days after Sir Edward Nolan's death his mistress, Peggy Moss, arrived in Mission St Mary. She met with Frank Mulligan and the other Dino Hunters. She wanted to go to Nolan's tomb to get back his last testament which indicates that Peggy is his heir... Of course, Sir Edward Nolan sister, Kate, doesn't agree...
All Nolan's friends are ready to help the pretty miss Moss.

The adventurers plunged into the jungle...

They soon got to the tomb... 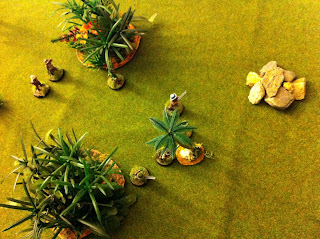 ... and discovered small herbivores nearby. 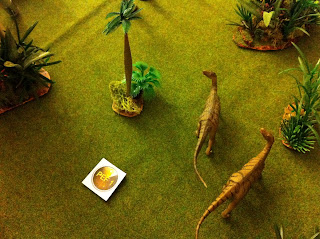 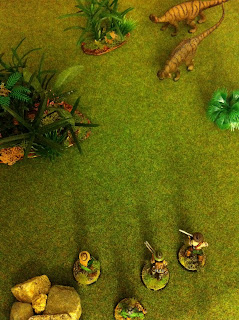 They tried a few shots with no avail. 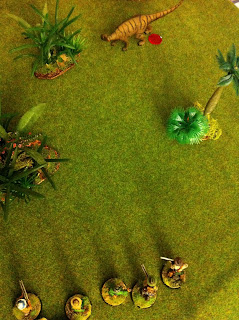 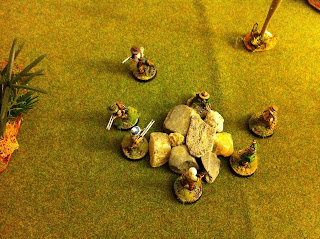 But something is moving nearby. 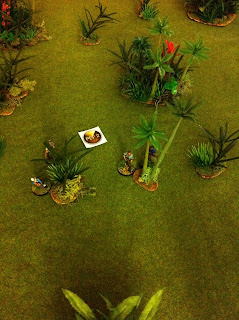 It's Kate Nolan and her henchmen: firefight! 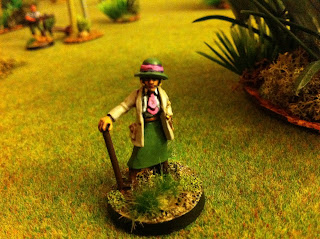 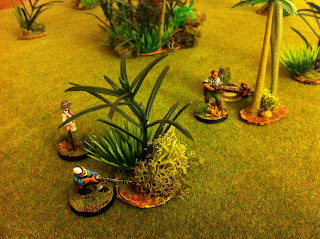 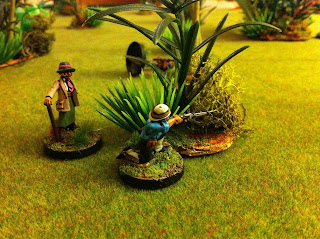 We played with the new In Sight Test: 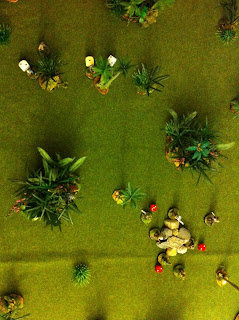 Klaus, Colin and Evariste were hit. 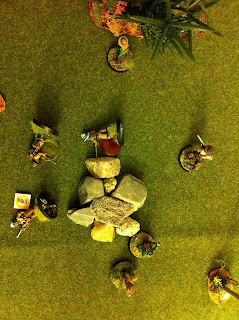 But Malcolm FitzPatrick killed two of the henchmen. William Ferguson wounded the third. 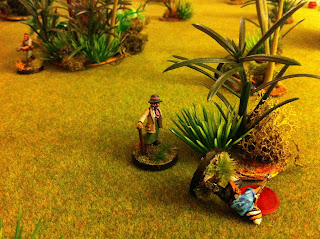 It's over. The adventurers took back the wounded to Mission St Mary with a very happy Peggy Moss and a crying Kate Nolan... 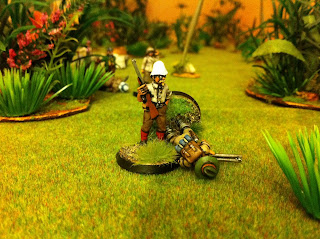 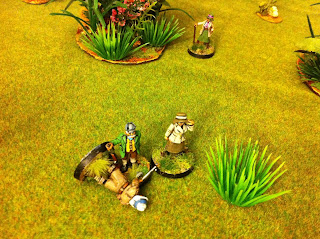 A fun Adventures in the Lost Lands game with Christophe. All the minis are from Copplestone.