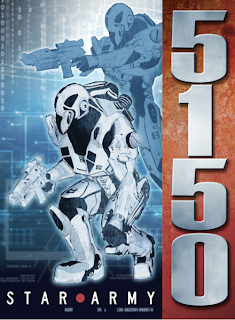 BRIGHT HORIZON CAMPAIGN
Bright Horizon is a 5150:SA mini-campaign of three linked scenarios. Companies of mercenaries fought for control of a mining planet rocked by a revolution.

You need to download three files to play the campaign:
- the description of the campaign ;
- the troop cards of the mercenaries (Helljumpers & Unicorn Unlimited): see above, TROOP CARDS.

A few battles of the BH campaign:
- Objective ICE
- Capture the rebel!


LUCENTUM CAMPAIGN
A reptilian race, the Kra'Vak, launches frequent pirate raids on an uncontrolled area of space (the Fourth Ring). This lawless area is full of opportunities for corporations wishing to make quick profits by the unbridled exploitation of remote planets.
This is the case of planet Lucentum colonized by Nordstrom Combinat. The board of directors of the company called a free company, the Helljumpers to secure the planet where Kravak seem to settle (wich is unusual).
You can read the after action reports of the campaign: Episode #1 - Episode #2 - Episode #3 - Episode #4