A Summer in a X-Wing

During holidays I managed to plan no less than seven games of X-Wing with my son (6 years old) and my three nephews (7-14-15).
I've not taken pictures of the first games (very simple ones to learn the rules). But the last two were epic.

THE END OF THE FALCON
In this game 4 imperial pilots are fighting the Millennium Falcon piloted by Han Solo. TIE fighters are fragile but efficient machines, hard to hit and highly maneuverable...

The Falcon with some improvements and Chewie 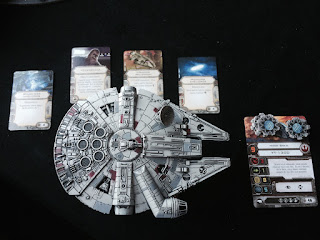 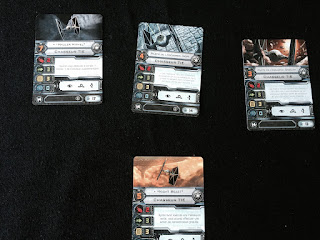 At first the Falcon handled the fight easily... 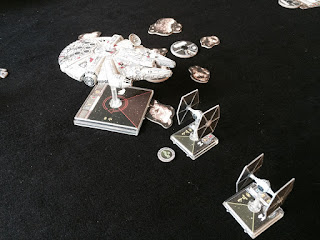 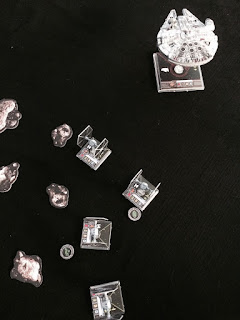 ... with a TIE fighter destroyed in the asteroid field. 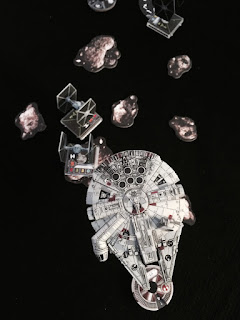 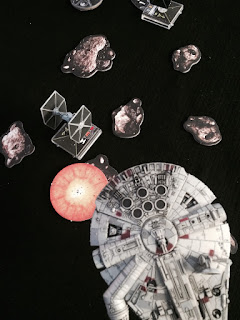 But a critical hit injured Han Solo who lost control of the Falcon in the asteroid field, causing heavy damages. 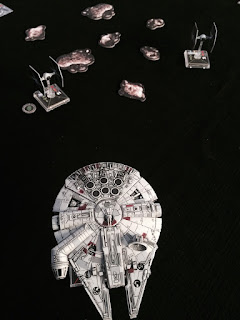 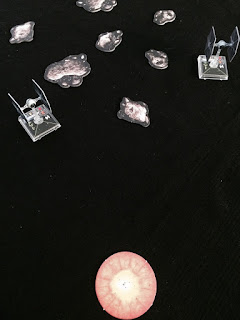 FREEING HAN SOLO (from Boba Fett)
In this game 4 rebel pilots (2 X-Wings ; 2 A-Wings) are trying to prevent Boba Fett (and his escort of two TIE Interceptors) to sell Han Solo to Jabba the Hutt. Fett and the Slave One are no match for ordinary pilots... 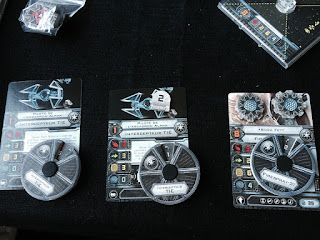 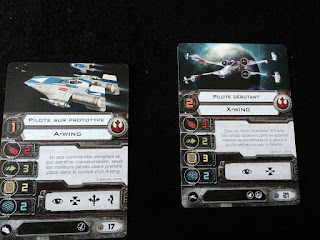 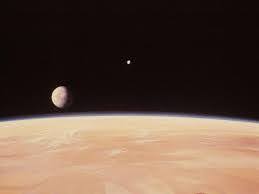 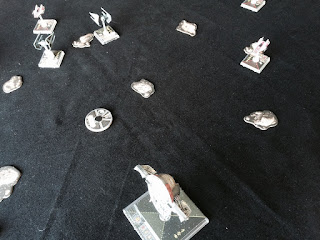 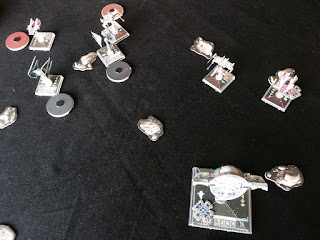 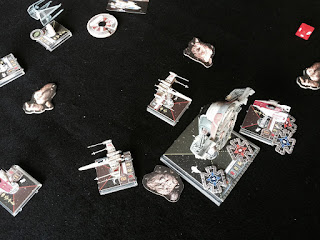 After the death of all rebel pilots, Fett is heading for Jabba's palace... 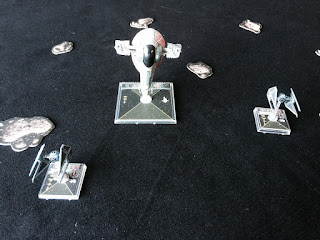 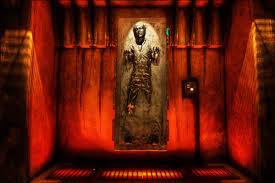 
Star Wars: Armada has the flavor of a space opera game with star cruisers firing laser bursts, shields crumbling, etc. And it's Star Wars!
Thanks to François we have played a very fun game (more pictures on his website). 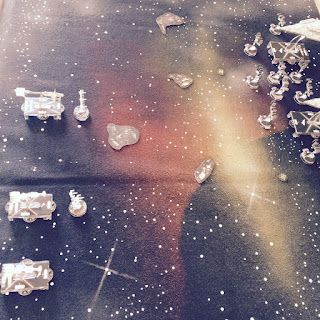 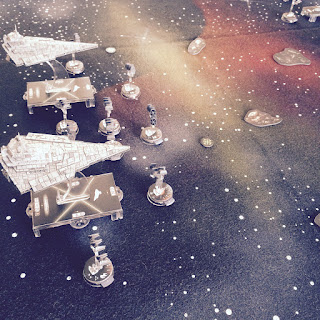 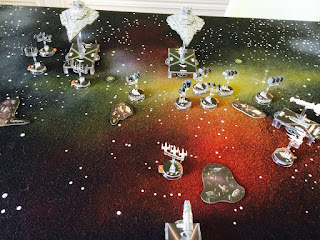 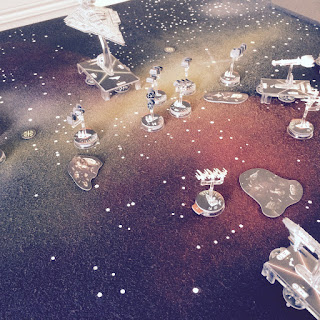 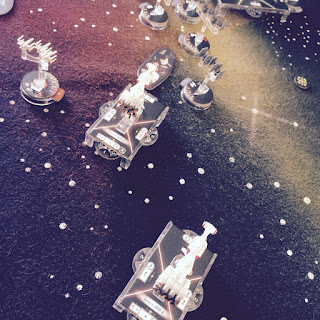 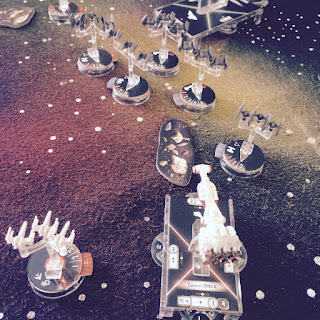 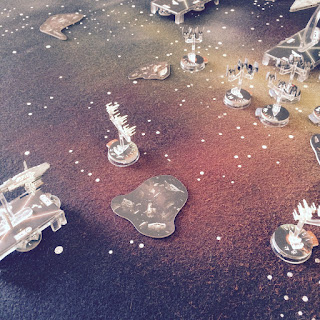 REBELS ARE SWARMING AROUND THE STAR DESTROYERS 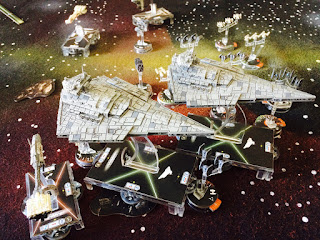 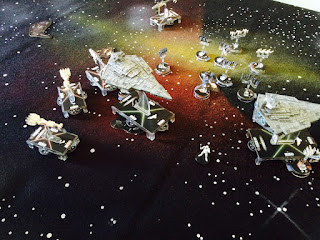 A STAR DESTROYER HAS EXPLODED AND THE SECOND IS FLEEING 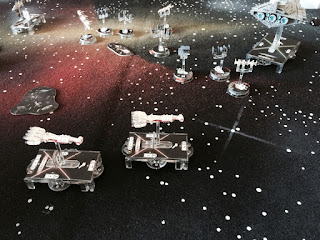 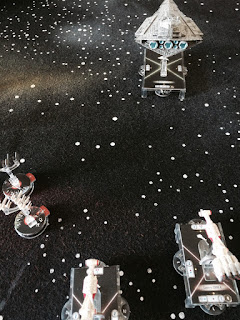 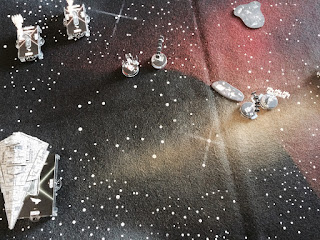 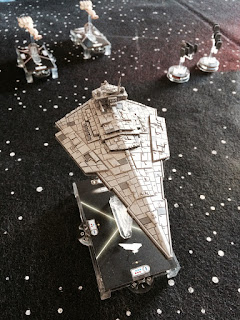 A BAD DAY FOR THE EMPIRE...